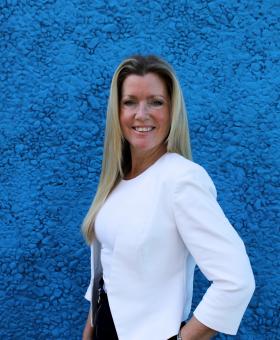 Asia has been a force in the nonprofit sector for more than 19 years, working with underprivileged youth and arts organizations across the country, beginning her career as the Marketing Director at Inner-City Games on the East Side of San Antonio. She and her husband then moved to Minneapolis where she worked at Dollars for Scholars and was involved in the city’s thriving professional theatre community, as a commercial actress. After having her first child in the north, Asia decided to bring her artistic passions to bear back in San Antonio as the Marketing and Development Director and as an actor for Magik Children’s Theatre. After Magik, Asia started work at the CE Group where she honed her management and production skills. As the Production Director, Asia produced live TV & Award shows such as the Final Four’s “The Big Dance” and The Texas Medal of Arts Awards. After CE, Asia was the Director of Alumni and Advancement Relations at Our Lady of the Lake University where she managed all alumni programs, events, and donor relations for the university. While at OLLU, Asia co-founded The Classic Theater of San Antonio, spearheading the quest to bring classic theatre at a professional level to one of the largest cities in the country, a city that has historically been starved for professional arts opportunities. Asia continued to effect much-needed change, transforming The Playhouse San Antonio from its previously stagnant state into a thriving mecca of high-quality entertainment for its patrons and invaluable opportunities to local students and artists from Texas, California, Colorado, and New York. During her time, she built a solid foundation of operational support that doubled the operational budget in 4 years and created cooperative partnerships with organizations such as Haven for Hope, The Y, Eva’s Heroes, SAISD, and Theatre for Change. Her stewardship of this network strengthened and expanded The Playhouse’s programming. In conjunction with the organization’s outreach, Asia more than tripled the size of The Playhouse’s educational scope, creating opportunities for every age and demographic in San Antonio. She simultaneously acted as host for KLRN Arts, furthering access to arts throughout the community. In 2015, she was appointed the COO of the Tricentennial for the City of San Antonio. During her brief time at SA300, she helped build the budget, create the activities calendar for 2018, and launched the brand.

Her affiliations are many and represent the true nature of her work: building community through strong leadership. A member of Leadership San Antonio (Class 36), Asia went on to serve on the LSA steering committee for Class 37. She has continued her community involvement through organizations such as Autism Children’s Network, United Way Emerging Leaders, and Greater San Antonio Y’s Mission Advancement Committee. Her experience and expertise in marketing, fundraising, event planning, management, and public relations have become a source of inspiration and encouragement to the vast number of individuals she has invested in through mentoring.